Bill Hoenk - photographer and eyewitness in the Tsarnaev case Bill Hoenk is a non-professional photographer who happened to become an eyewitness of the second explosion. One of his photos made it onto the front page of the Time magazine: a two or three year-old boy (Leo Woolfenden) carried away by a policeman (Thomas Barrett).

Hoenk describes his experience in a little known online report (credits to wiseowl of thebostonmarathonbombings.weekly.com for unearthing this). He states that he shot 51 photos in the first five minutes after the second blast, yet only four of them have been published. These four are apparently pictured in his report, including another iconic photo: Matt Patterson carrying the heavily injured red-haired child alleged to be Jane Richard. Another one is a famous photo shot only 20 seconds after the explosion which I have already featured multiple times: It appears that Bill Hoenk's material exceeds the output of other photographers of the immediate aftermath of the blast - namely Kenshin Okubo, David Silverman, and David Green - both quantitatively and qualitatively, in terms of significance for the criminal case Marathon bombings. Plenty of interesting and crucial insights are to be expected from the unseen 47 photos, and the defense ought to consider to request them from either the prosecution - in case they have them - or Hoenk himself.

One important picture probably belongs to these 47 unknowns - it seems to have slipped through the cracks, but is not really widespread. I have featured it in this blog entry and will call it the graphic photo from now on: 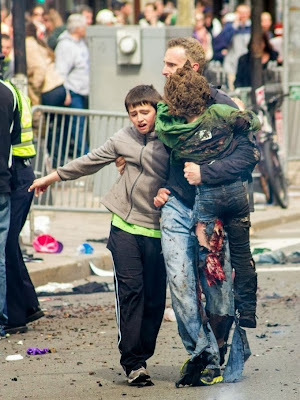 Is Bill Hoenk the creator of the graphic photo (whose origin is in the dark)? Yes, most certainly. In order to understand that, we have to consult two videos of the second bomb aftermath, the Fred Land video and the Daniel Robert video. This Hoenk photo can be matched with the Daniel Robert video and a picture from another photographer taken only seconds before, from a different perspective: It can be concluded by comparison that Hoenk must have shot the photo at around 3:40 (+-5 seconds) after the blast.

Now look at this screenshot from the Daniel Robert video at 1:02 (3:41 after the blast): 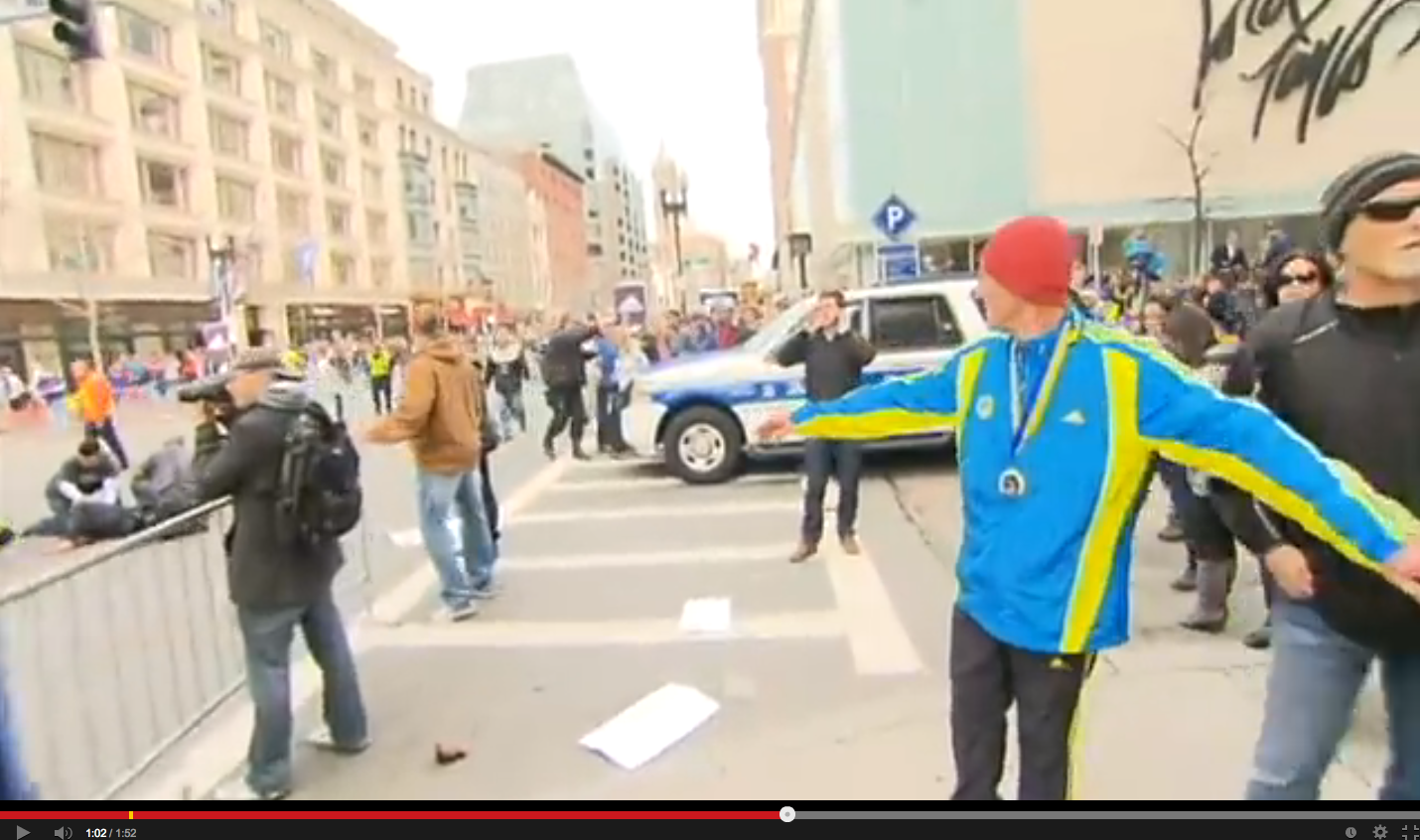 On the left side there's a man standing at a barrier with his camera directed at the second bomb site. The next diagram shows that the position of the man and the angle match the Hoenk photo exactly. In other words: This man is Bill Hoenk just taking the photo depicted above. He wears dark-colored clothes, a backpack, a camera with telephoto lens, and, most strikingly, white sneakers.

Now let's take a look at the Fred Land video. At 1:38, someone wearing dark-colored clothes, a backpack and white sneakers suddenly enters the visible area from below, near the lower right corner, stops at 1:42, takes a picture with a telephoto lens, and leaves the area via the right border at 1:46. This man is clearly Bill Hoenk. 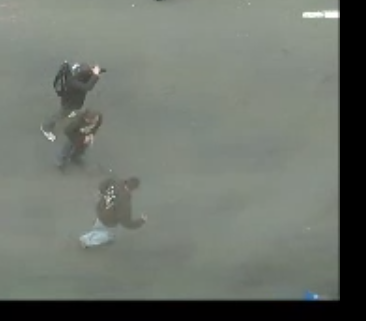 Again, the following diagram shows that time (1:42 in the Fred Land video = 0:42 after the blast), angle and position match the graphic photo:

So the Fred Land video proves that Bill Hoenk is the maker of the graphic photo, thus confirming its hitherto questionable authenticity. I have highlighted its significance for the Tsarnaev case in former blog entries. The example shows that the unseen Hoenk photos are of utmost importance for the trial against Dzhokhar Tsarnaev.
Posted by Woody Box at 4:02 PM 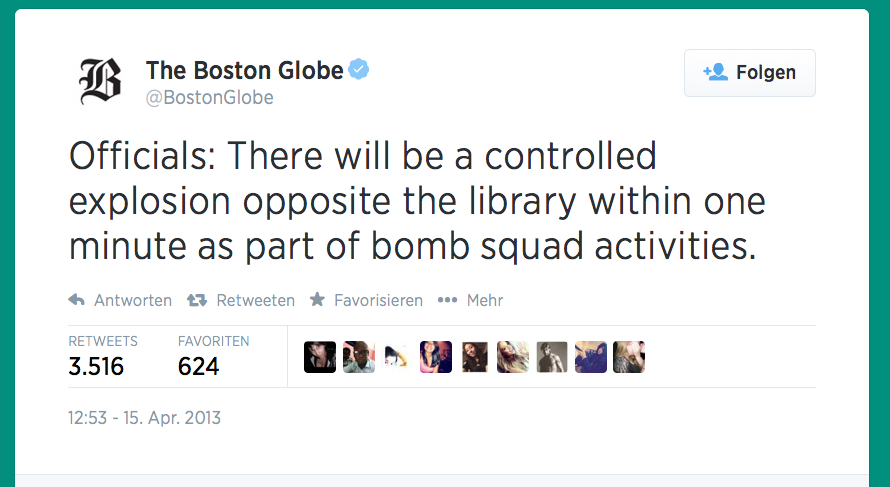