Do the Tsarnaev defense's last-minute photos bear proof of innocence?

In this article I will introduce the possibility that the defense is in possession of incontrovertible proof of Dzhokhar Tsarnaev's innocence. In a follow-up article, I will present a candidate for this proof.

March 31th, 2015 was probably the most remarkable day in the Tsarnaev trial so far. Unfortunately, Boston's journalist elite like Laurel Sweet, Kevin Cullen, David Boeri and the team Boeri/Cullen failed in their duty to inform the public objectively and omitted completely an incident which observers label as "the longest sidebar in history".

What happened? After the testimony of the fourth witness, attorney Judy Clarke announced that the defense had no more witnesses to call and only wanted to show the jury a couple of photos - without witness - before resting their case. This prompted an immediate objection by the prosecution and entailed a long-lasting series of sidebars and recesses before the judge finally declined the photos to be shown for procedural reasons (because of the lacking witness). After that, the defense rested.

Jane24 attended the trial on this day and has compiled a detailed chronology of the incident. I have gathered some tweets (see appendix) to reflect the vibes that came along with it. Bottom line: the defense was not successful with its request, yet seemed to be much more happy with the outcome than the prosecution. This is an obvious paradox, and I will express a possible solution now.

The first salient point is that the defense could easily have avoided the procedural problems by presenting the photos through a witness. This would have been usual business and render an objection impossible.

An immediate corollary is that either the defense made a gigantic blunder - or that their main intention was not to show the photos to the jury, i.e. that it was only the pretext for achieving a different aim. The latter seems much more realistic. But what aim might that have been?

Another striking fact is that, as already mentioned, the defense was pleased with the outcome, despite failing to reach their - official - aim. So they must have reached something, probably the clandestine aim I've postulated.

One possibility is that they earned a promise to present the photos later, in the sentencing phase. But this can't have been their initial aim, because, to say it again, with an accompanying witness they could have presented the photos immediately. The defense is certainly not that unprofessional. There must be more.

I can spot only one reasonable strategy: the defense wanted to show the photos to the judge, not to the jury. There have been several matters in the past where the judge examined evidence first (in camera) before the jury got the occasion. Examples: autopsy photos, boat note. So at the sidebar negotiations, the defense might have suggested to O'Toole to have a look at the photos himself before making a decision with regard to the jury.

Judging from the defense team's displayed mood their strategy worked out, and O'Toole agreed to take a look at the photos - presumably during the after-lunch recess. It didn't matter for the Tsarnaev team that he declined to show the pictures to the jury. They had reached their inofficial aim: to serve notice on the judge.

At this point, the content of the photos comes into play. The fact that O'Toole didn't let the jury see them signifies a huge embarassment for the government. What may have caused the defense to choose such a convoluted strategy? The timing - right at the end of the guilt phase - bespeaks a carefully designed dramaturgy. There is every indication that the photos are self-explanatory and shatter the prosecution's narrative. Is it imaginable that such powerful footage exists? As I said in the introduction: yes, it is.

So why did the defense keep this evidence back during the first phase, and why do they want only the judge to know? This has, of course, to do with the political nature of the case and the widespread involvement of law enforcement in blaming Dzhokhar Tsarnaev for a crime he didn't commit. The defense team has always shied away from spectacular statements or actions and used to pursue their goal "under the radar".

From this perspective, the ball is now in O'Toole's court.


Jane24: it is obvious that it was important to the prosecution that these photographs not be shown. At least two hours were spent negotiating this issue and however it was resolved the defense seemed very happy with the outcome. The prosecution? Not so much... 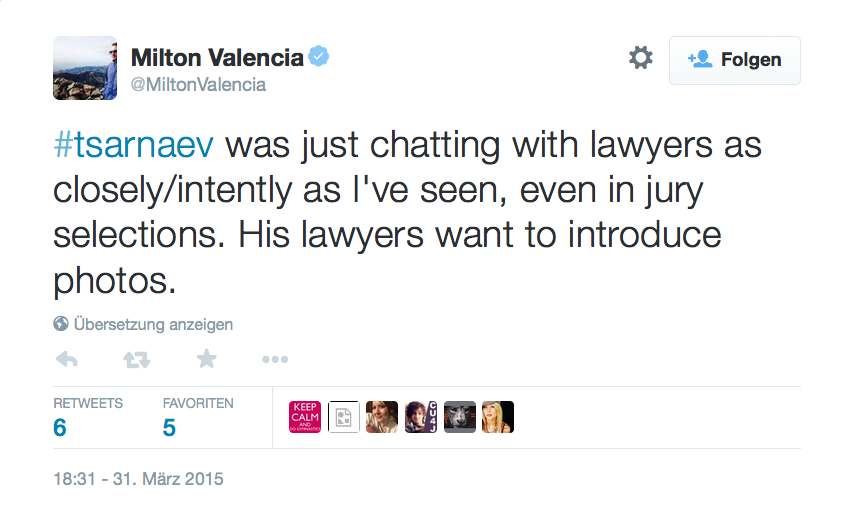 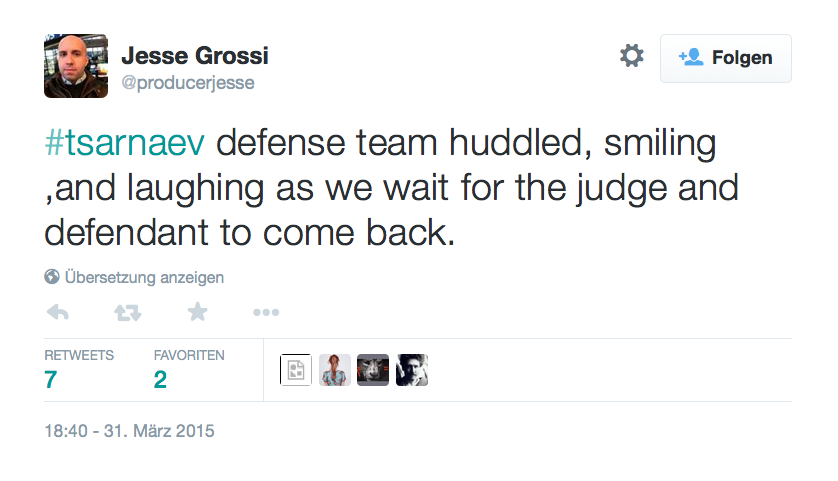 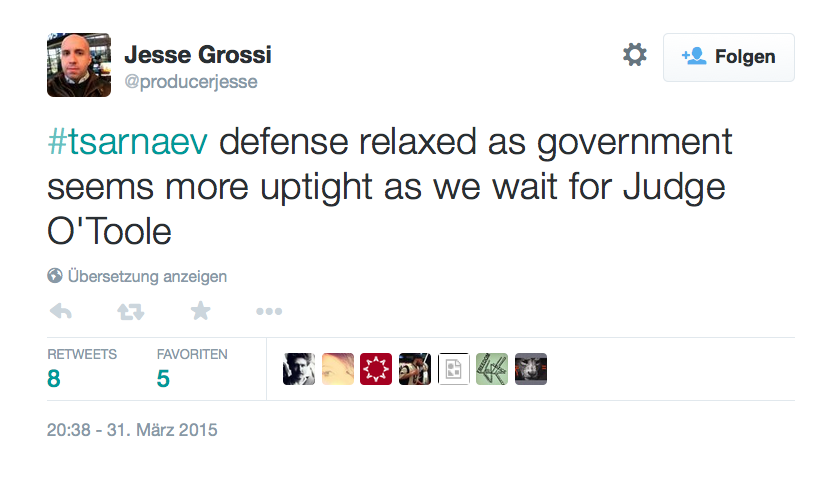 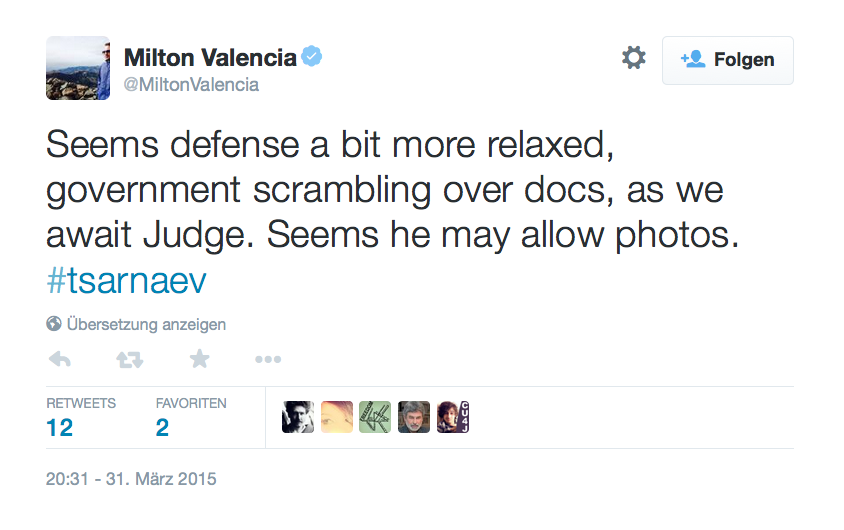 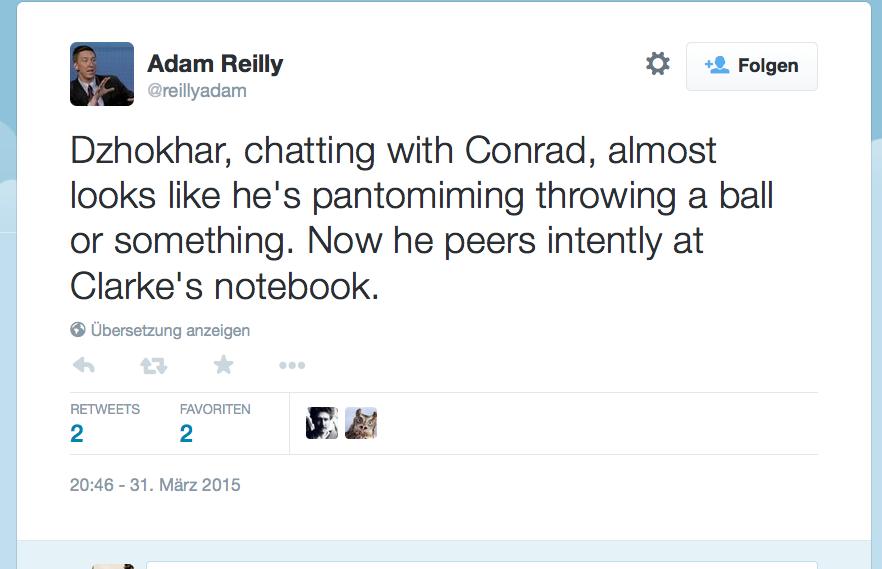