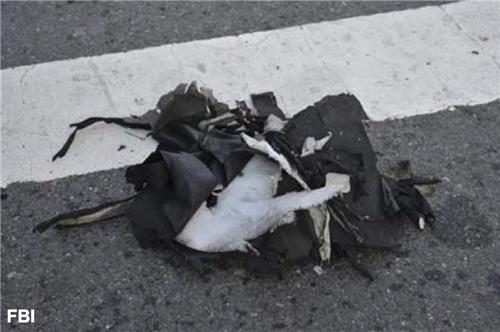 In the evening of April 16th, Associated Press released a few photos of remnants of the Marathon bombs, obtained from the FBI and the DHS. Most of these photos show deformed parts of a pressure cooker. The picture above - which belongs to this set of photos - shows a torn black backpack which served as a container for one of the pressure cookers. The Guardian has a good overview of what has been released.

It was not reported whether the torn backpack was found at the first or the second bomb site. For Dzhokhar Tsarnaev, this question is of potential live-saving importance because the scrap piece clearly doesn't belong to his light-colored bag.

The background of the photo shows asphalt and a line marking. Thus the object lies on the street, not on the sidewalk. The photo was obviously shot before the object was picked up and saved by forensic experts. Thus the photo shows almost surely Boylston street, and the only remaining question is if it was taken at the first or the second bomb site. The marking helps to answer this question: it is too wide (at least 1 foot, compared with the backpack) to be one of the slim lane segregation markings, and the tire imprints are transversal to the line, which leads to the same result: it must belong either to a stop line or a crosswalk as they occur at crossings.

There is a crossing very close to the second bomb site, with a stop line and a crosswalk. There is no crossing and therefore no 1 foot wide line marking in the immediate vicinity of the first bomb site. Conclusion: the photo must have been shot at the second bomb site. In any case, the defense must call out the FBI on the object's place of finding.

Moreover, there is no object visible on photos of the aftermath of the first bomb site which could possibly be the scrap piece in the FBI photo. But aftermath photos and videos of the second bomb site very well show such an object, right at the stop line near the Forum. It is the biggest scrap piece on the street and matches in size, shape and color the torn backpack in the FBI photo. Lacking any alternative, it is most probably the backpack of the photo.

Here is a selection of pictures taken within the first five minutes after the explosion (for the original URLs, see here and here). The object in question is framed by a yellow rectangle. The times indicate minutes/seconds after the second blast. They have been determined with the help of the Fred Land video - see here. 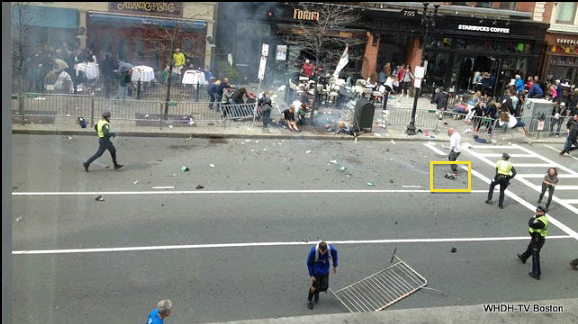 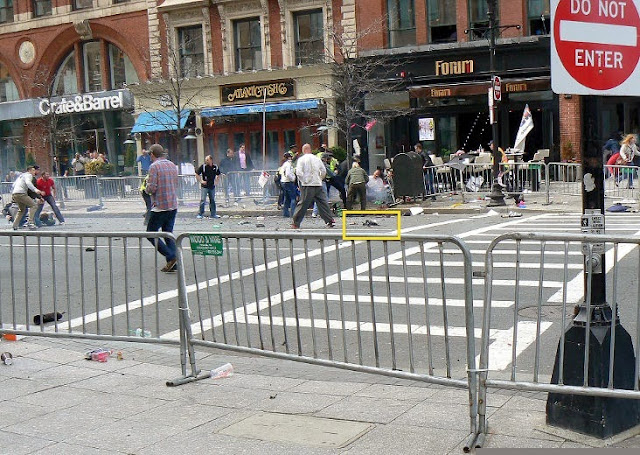 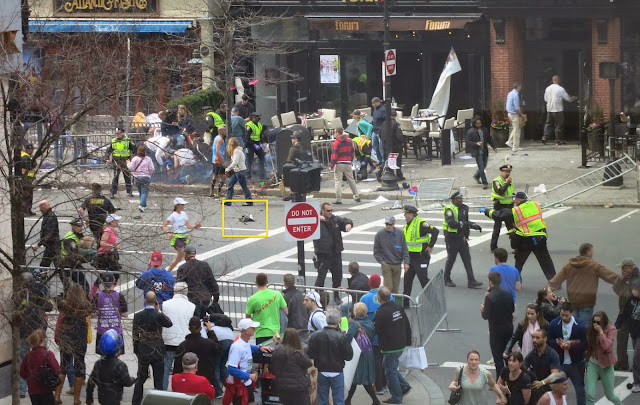 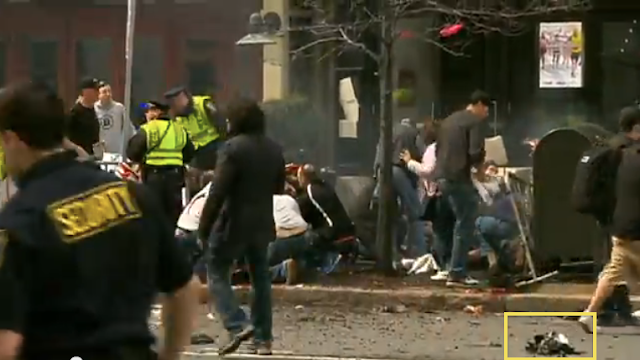 At some time between 3:10 and 4:30, the object has moved (probably inadvertently kicked) 3 feet towards the stop line, now matching the position of the FBI photo. 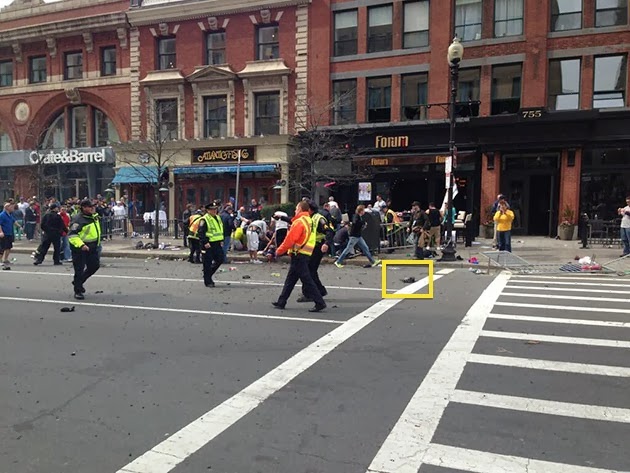 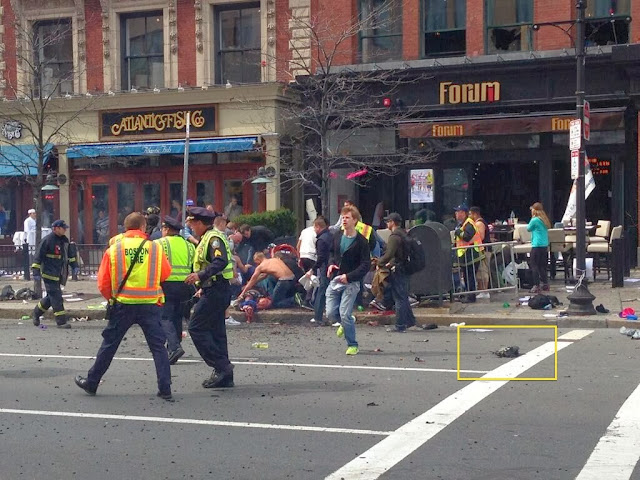