Bill Hoenk is a non-professional photographer and was an eyewitness of the second bomb blast. He has shot some iconic photos of the immediate aftermath, and one of them gained outstanding prominence on the cover of the Time Magazine. I have introduced some of his pictures already in a former blog post.

On May 16th, 2015,  CBS News aired a portrait of Hoenk, which was an opportunity for him to publish six previously unseen photos. It remains to be seen if the timing - one day after the death verdict against Dzhokhar Tsarnaev - was pure coincidence, or if it was part of a strategy by whoever.

Here are the screenshots of the six pictures. I added the presumable time or time span (if not noted otherwise, with +-1 sec uncertainty), the reference that was used to determine the time, and the position from which he took the photos.


The moment of this photo is difficult to determine. It was definitely shot after 1:30 because at this moment Hoenk changed his position from Boylston/Ring Road to the sidewalk of Atlantic Fish. You can see him crossing the street near the end of the David Green video. 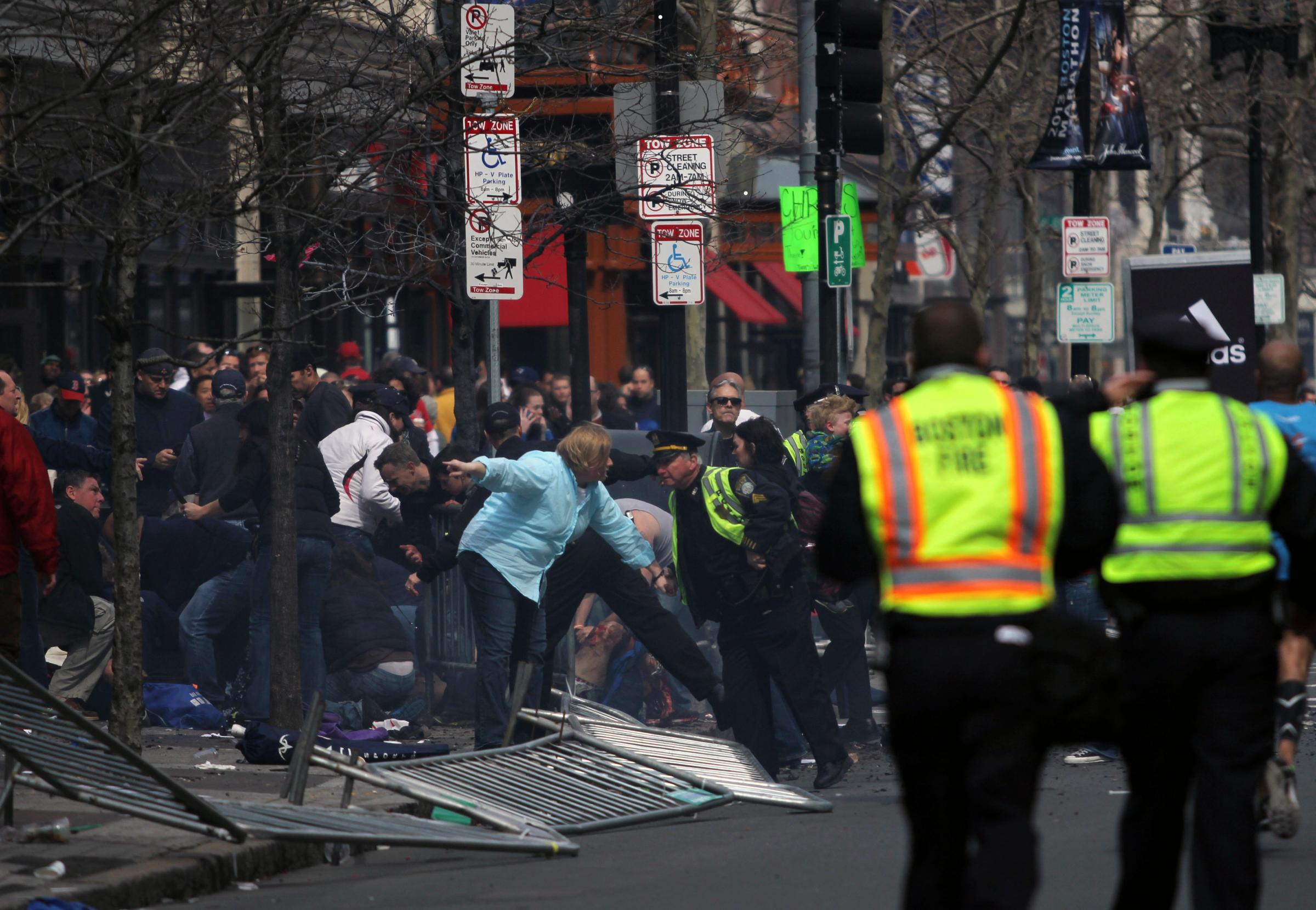 At the same moment, Hoenk pictured the scene from across the street, with officer Thomas Barrett carrying away Leo Woolfenden. So he has repositioned himself again at the other side of Boylston Street. But the depicted persons are similar to those on his photo, which indicates that he shot this photo only seconds before. Also, on his photo the sidewalk is not fully occupied by people, which indicates that it was taken in an early stage of the first response. Therefore 1:30 - 2:20.


Special thanks to wiseowl of thebostonmarathonweekly.com  for unearthing the portrait.