Update: A follow-up article on Zhou Dangling is here

Boston police officer Lauren Woods testified today at the Tsarnaev trial. She describes how she arrived at the Forum about one minute  after the blast and became a first responder for Lingzi Lu.

According to the tweets, the exact place where she found the girl was presumably in front of the little Forum fence. And there is indeed a photo with an Asian looking young woman lying on her back at this spot, apparently unconscious, who receives CPR by first responders: 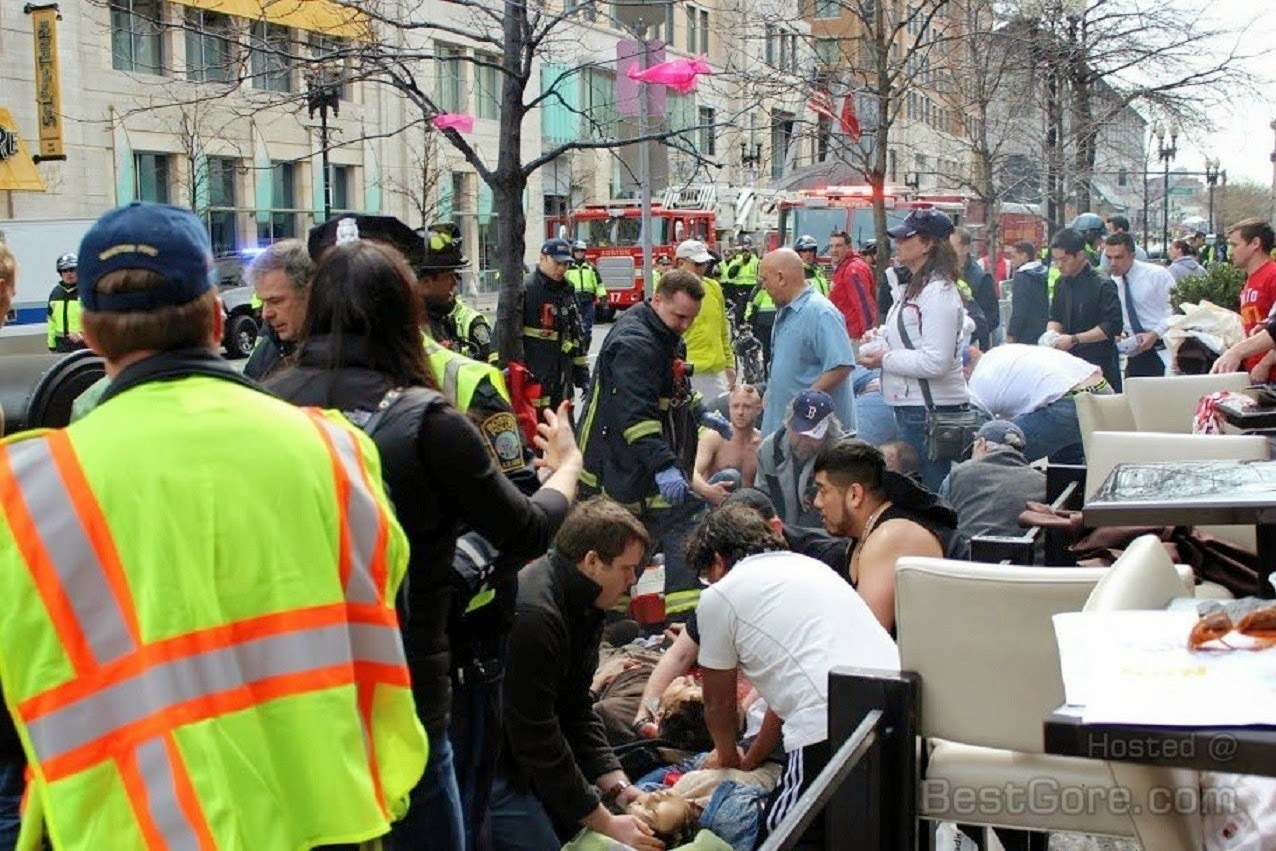 Here is a rotated cut-out to have a better view on the woman: 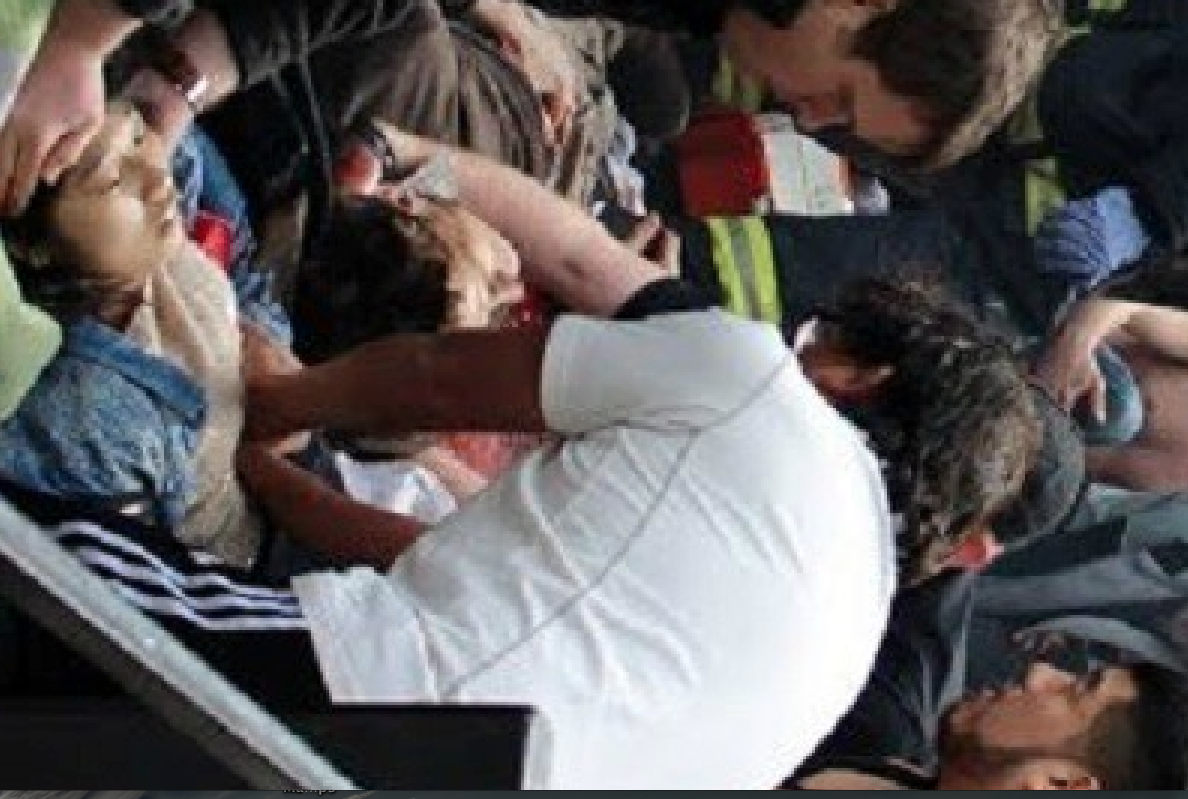 Officer Woods has testified that she found an ID card which identified her as Lingzi Lu. However, the woman might also have been Lu's friend Zhou Danling, who was with her at the Marathon. Here are two pictures of Zhou Danling: 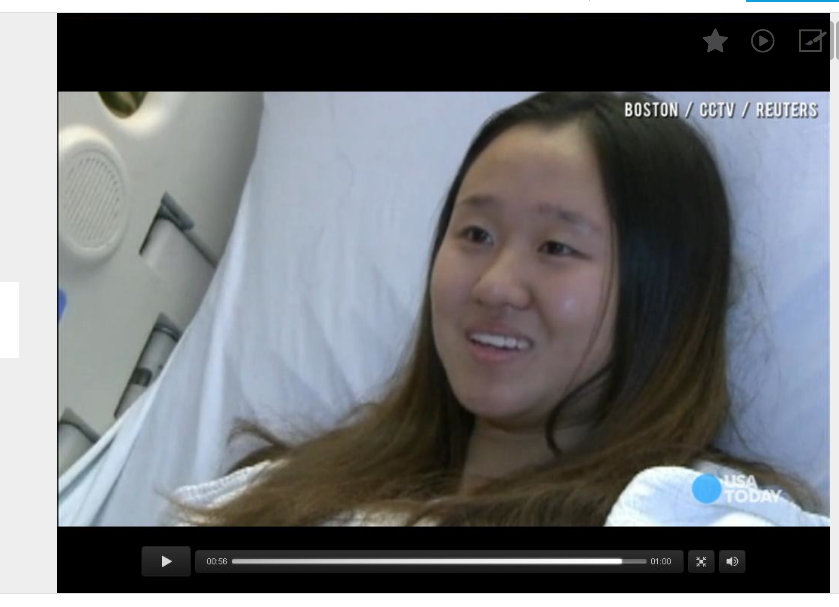 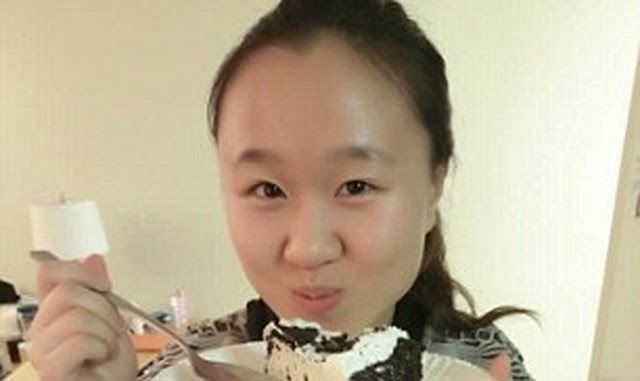 And here are two pictures of Lingzi Lu: 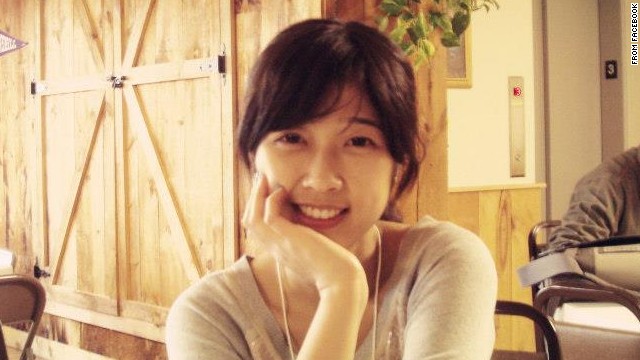 The woman at the Forum much more resembles Zhou Danling than Lingzi Lu. According to the records, Zhou had abdominal injuries from the blast and was in the coma for two days:


Robert Hill, dean of Boston University's Marsh Chapel, who visited Zhou in hospital, said she had undergone surgery on Monday and Tuesday.

"She is doing well," Hill told BU Today, the university newspaper. "She has her friends around her, and she will soon have family around her."

According to Xinhua News Agency, Zhou was still very weak on Tuesday but could speak a few words and smile.
"Zhou had abdominal injuries from the blast. She came out of the coma today and is in stable condition now," said Owen Zhang, 21, from Shenzhen, who is also studying at Boston University.

Judging from the photos, Officer Woods has treated Zhou Danling, not Lingzi Lu. It seems that Zhou carried Lingzi's ID card for some reason and was therefore misidentified by Officer Woods.

Here are some crucial tweets from Woods' testimony: 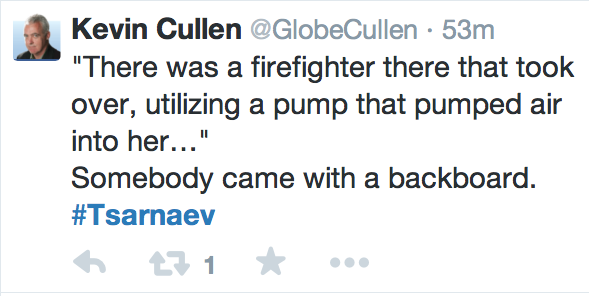