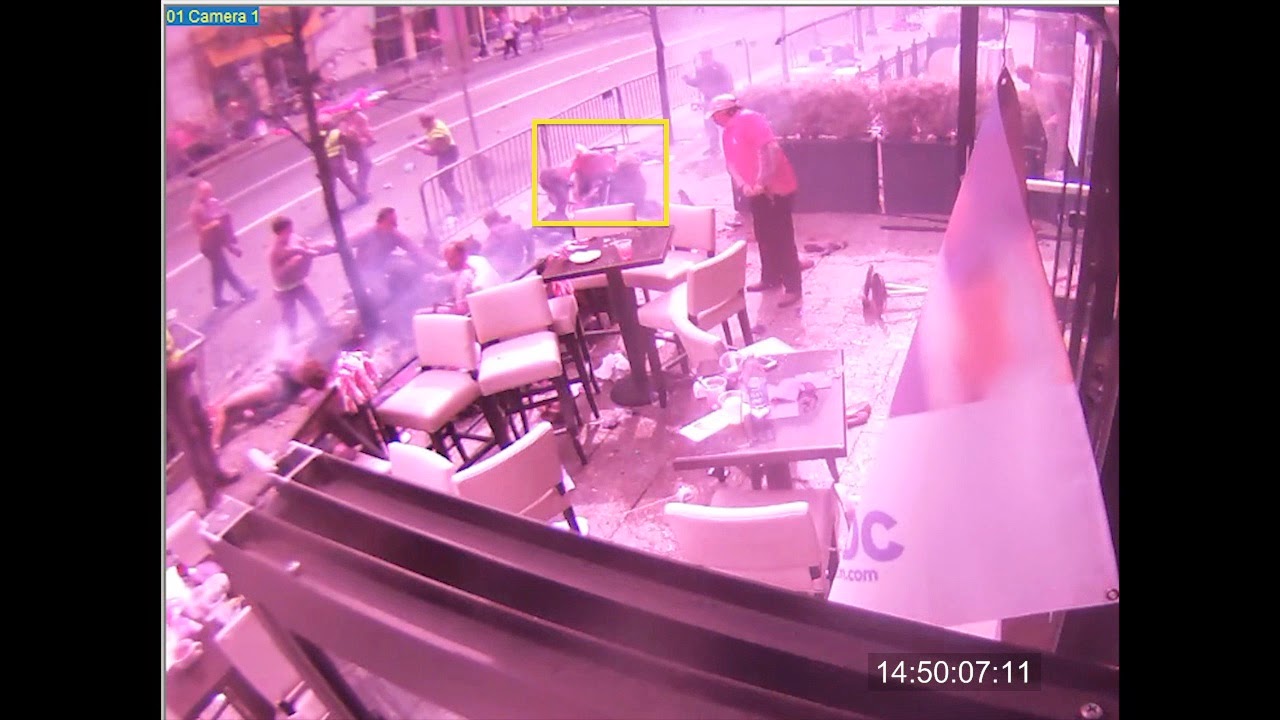 The government has published a few post-blast stills of the Forum video as part of the trial. The above picture is one of them, taken 30 seconds after the blast. As blurry as it is, it distinctly shows a big item on the sidewalk directly in front of the entry area of the Forum. It looks like some metal rods composed to a frame. I have highlighted the item within the colored square.

A closer look invites to the conjecture that the item might be a baby buggy. And amazingly, a review of post-blast footage reveals exactly that. Three photos and one video are sufficient to show. Photo A. You can see a black wheel just left of the tree. It is a wheel typical for a baby buggy. Looking more closely, you can also recognize a part of a second wheel. The photo was shot at about 1:25 minutes after the blast. Photo B. This Bill Hoenk photo catches a view from the front, just like the Daniel Robert video. The red backrest/headrest is recognizable just left of the tree. Time: about 3:40 minutes after the blast. Photo C was created only a few seconds before Photo B. It delivers by far the best view, high resolution and full profile. The buggy is between the road sign and the red-jacket runner.

The buggy's location is very close to Dzhokhar Tsarnaev's location in the official pre-blast Forum video. So expectations seem to be justified to get to see a buggy in the video, but they are disappointed. Neither at the point of the explosion, nor one minute before, nor in between there is a buggy at the same spot as in the post-blast stills and photos, not even close to it. There is simply no buggy in the official Forum video.