When exactly was Tamerlan Tsarnaev identified by the FBI on surveillance video?

The National Geographic docudrama "The hunt for the Boston Bombers" is a masterpiece in the art of fudging reality. It shows

The mode of the scenes changes very quickly and there are no captions in the original version to inform the viewer, making it difficult for him to know if a particular scene is reenacted or genuine. The defense has addressed this problem in a motion to prohibit leaks.

Fortunately, at least the interview clips with the FBI agents are genuine and reliably reflect their view of what happened in the days after the bombings. I have already pointed out here that their narrative at what time Dzhokhar was identified as a suspect ("White Hat") is at odds with the common police practice to examine the most important surveillance video at first - which is, in the case of the second bomb, the Forum video. This video was known to law enforcement on Monday afternoon, already half an hour after the bombings, but the docudrama suggests the FBI didn't spot Dzohkhar until Tuesday afternoon, which is hardly credible.

But even if we assume for once that an incompetent FBI staff needed over 24 hours to detect how Dzhokhar dropped a bag at the Forum, behaved "suspiciously" and left the scene 10 seconds before the blast, this blunder is trumped by another FBI failure. 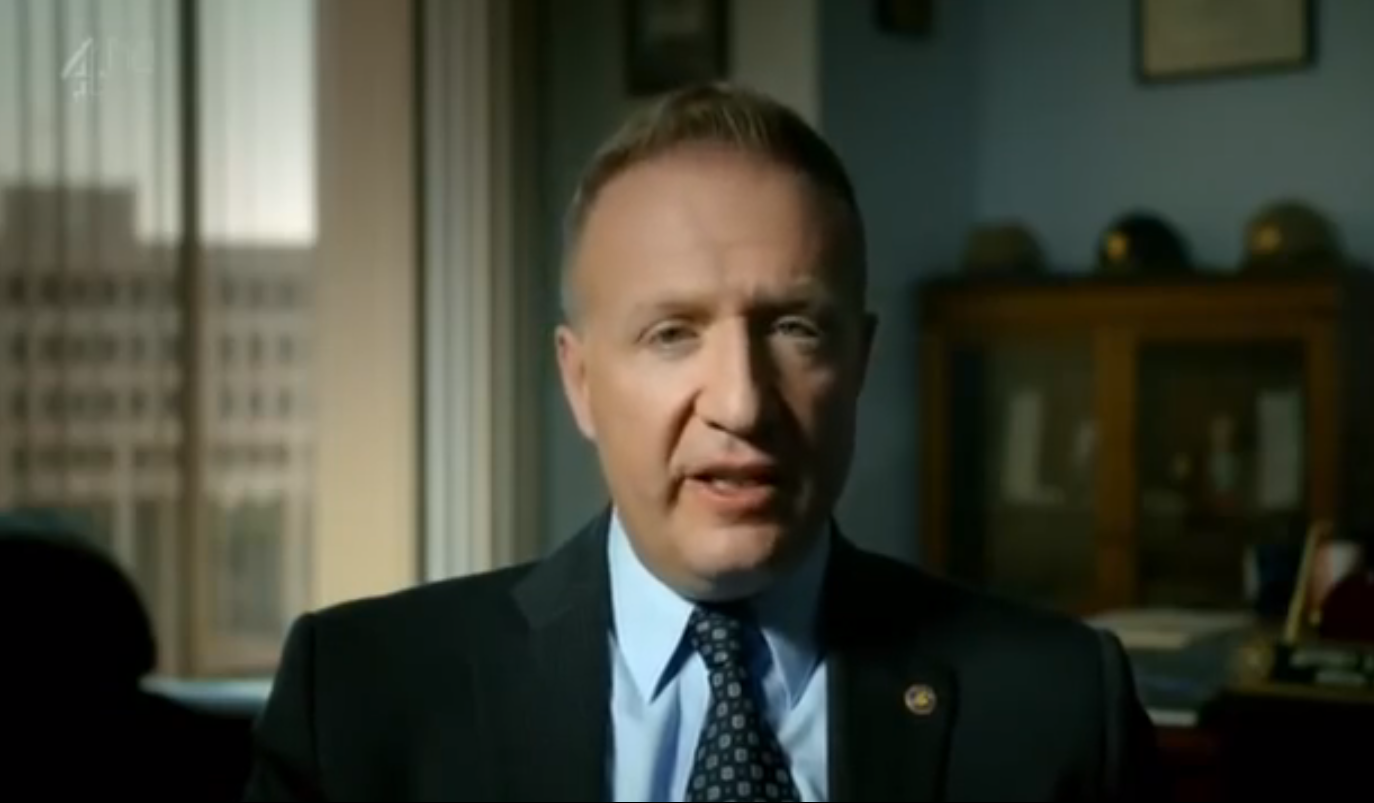 The statements of FBI Special Agent Jeffrey S. Sallett implicate that at least one day passed from the detection of Dzhokhar in the said surveillance video until the detection of Tamerlan in another video. According to Sallett, this was the situation on Tuesday after having spotted "White Hat" for the first time:

And this is how Sallett describes the situation on Wednesday:

The evening of Wednesday April 17th Massachusetts State Police Colonel Frank Matthews came up to the 8th floor of the FBI building and said: I think we have another subject. “This is the security camera of the corner Gloucester/Boylston at around 2:37.” They have a video with our individual walking with the white hat with another individual, a larger person, with a similar backpack. “And they make their way along Boylston and then they walk away from the camera toward the bomb site”.

It was only after detecting this second video, Sallett claims, that investigators expanded their list of suspects - now "Black Hat" and "White Hat" - and decided to go public with the Gloucester/Boylston video footage. But according to the detailed description of Sallett's FBI colleague Daniel R. Genck in the criminal complaint Tamerlan is easily identifiable in the Forum video: 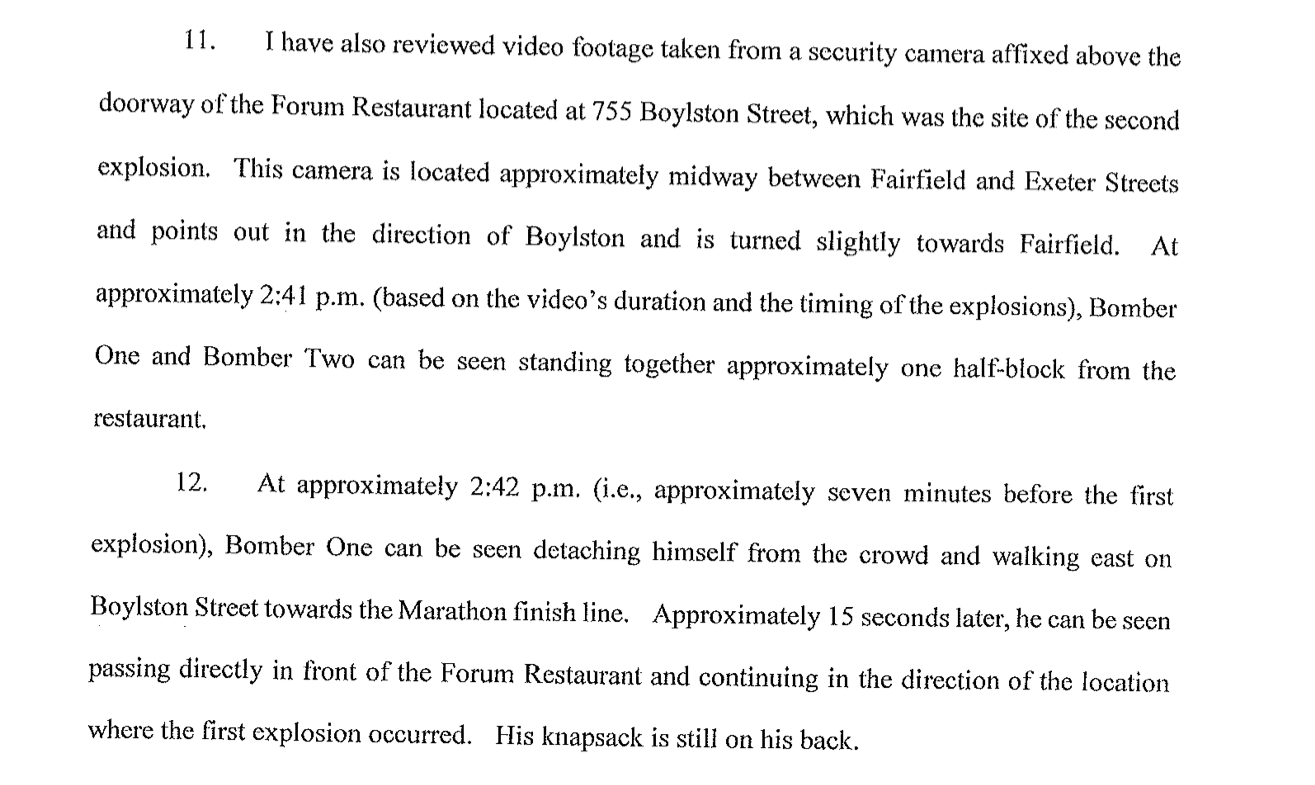 Let's assume "White Hat" was identified in the Forum video on Tuesday, as suggested in the docudrama. The following questions then arise automatically:

Did the FBI staff rewind the surveillance tape to the moment when Dzhokhar is visible for the first time? If not, why not?

Did the FBI notice the person with the backpack standing together with Dzhokhar half-block from the Forum restaurant (at Atlantic Fish)? If not, why not?

Did the FBI notice this person walking towards the location where the first bomb exploded and passing directly in front of the Forum? If not, why not?

Why did the FBI not go public with the Forum video? Why did they have to wait for the Gloucester/Boylston video?

The only way to discharge the FBI of such grotesque and unprecedented incompetence is to charge them of lying in front of the camera of National Geographic.