Marc Fucarile is probably the hardest-hit survivor of the Marathon bombings. He lost his right leg above the knee. His left leg was also heavily injured, needed several operations and is still in precarious condition. Additional shrapnel hit his upper body, including a dangerous piece in the heart.

So it is understandable that Fucarile is eager to have the culprit punished who changed his life forever. But this has made him blind for the fact that the culprit is not known yet. He is fixated on Dzhokhar Tsarnaev and refuses to accept the principle "innocent until proven guilty". But as I have outlined in former blog entries, the available evidence makes it literally impossible that Dzhokhar's bag was the second bomb that maimed Fucarile's leg.

What Fucarile apparently doesn't take into account is that he is a potential key witness, like all other survivors of the second blast, and even might be summoned by the defense. He should take a short look at the criminal complaint:

Several photos shot seconds after the blast show Fucarile lying between the mailbox and the tree, i.e. at the same place where Tsarnaev presumably dropped his bag! Here's a sketch: 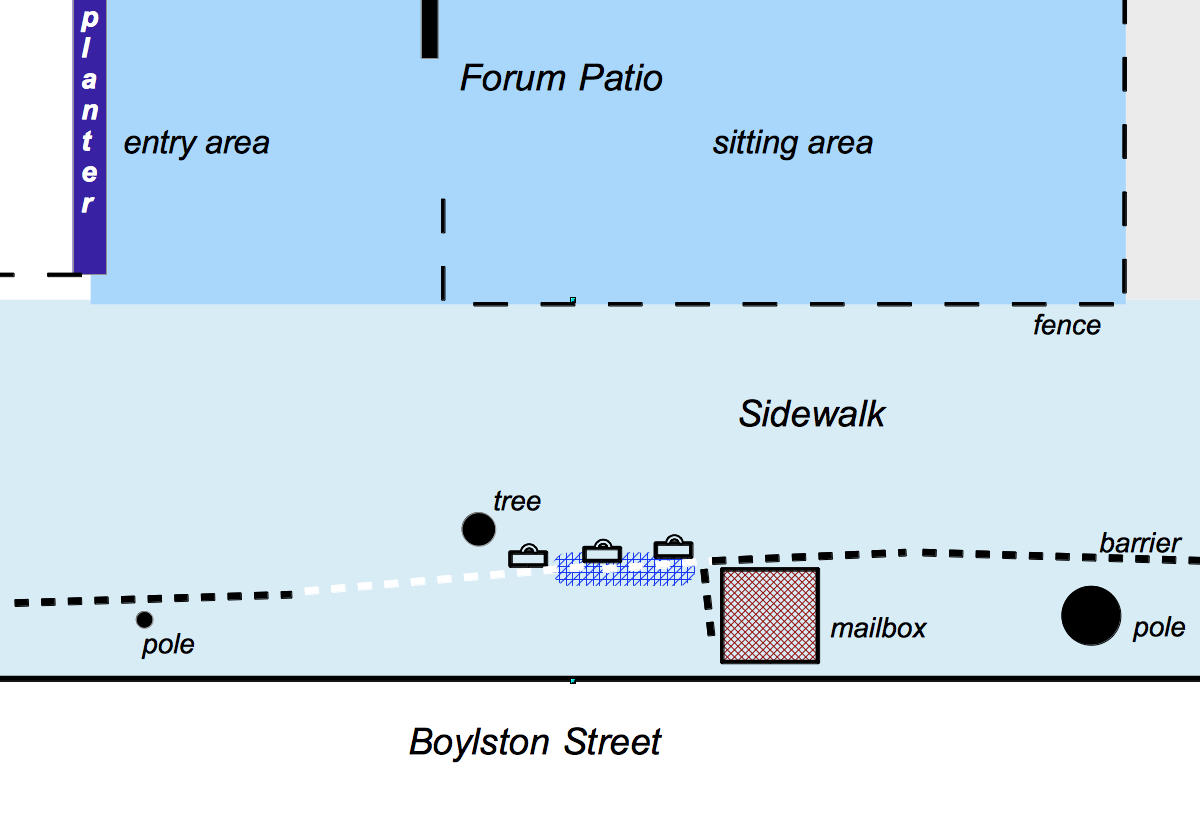 The black dotted lines represent the position of the metal barriers after the blast; the white dotted lines represent the former position of the two metal barriers which were blown away or deformed by the blast. The blue criss-cross area shows Marc Fucarile's location after the blast, and the little suitcase symbols indicate possible locations of Tsarnaev's bag before the blast (it might have been somewhere in between, of course).

The diagram shows, as already said, that Fucarile was lying at nearly the same place where the bag was before the blast. The naive conclusion Oh, he was so close to the bomb, no wonder he's so badly injured! fails a reality check however because it neglects the immense pressure wave of the blast. In other words: if Fucarile was (hypothetically) standing at the metal barriers beside Tsarnaev's bag, and this (hypothetical) bomb hit him, he would have been blown away quite a few feet, like so many others. Which obviously didn't happen.

If Fucarile was not standing near the mailbox, but somewhere else, this would indicate that Tsarnaev's bag (the hypothetical bomb) dragged him there. But bombs don't behave like that. Bombs blow everything away from the epicenter - they don't suck things towards the epicenter. Which is proof that the hypothetis doesn't hold and Tsarnaev's bag was no bomb.

Fucarile himself knows best where he was standing prior to the blast. If he was not at the place where he found himself after the blast, i. e. near the mailbox, he seriously should reconsider his hostile and dismissive stance towards Dzhokhar Tsarnaev. He should contact the defense team instead and offer his testimony in order to work towards a search for the real culprit.

However, his testimony is not necessary to determine his pre-blast location. The Forum video and the Lord&Taylor video ought to show him with sufficient clarity.