Amy Garofalo - Witness for the Defense

Amy Garofalo was at the Forum with her family when the second bomb exploded. They attended a Marathon party of the Joe Andruzzi foundation, which was hosted by the restaurant and took place on the second floor. Without doubt she is an important witness in the Tsarnaev case with regards to the epicenter of the bomb:


Amy Garofalo, of Middletown, Conn., was at a restaurant with her husband and two sons watching the runners when she heard the first explosion. She went outside to see what happened, when the second explosion went off in front of her. “It blew me into the restaurant,” Garofalo said.

“When the first bomb went off, it shook the restaurant. I looked up the street and could see a big cloud of white smoke. In the 10 seconds before the second blast, I thought it couldn’t be something celebratory, it was too scary. There was no way. It was so loud and so powerful,” she said.

Two messages from Garofalo's twitter account (saved by screenshots) confirm these reports - one from April 15th, 2013: "2nd explosion happened right in front of us and blew us back in the building!" 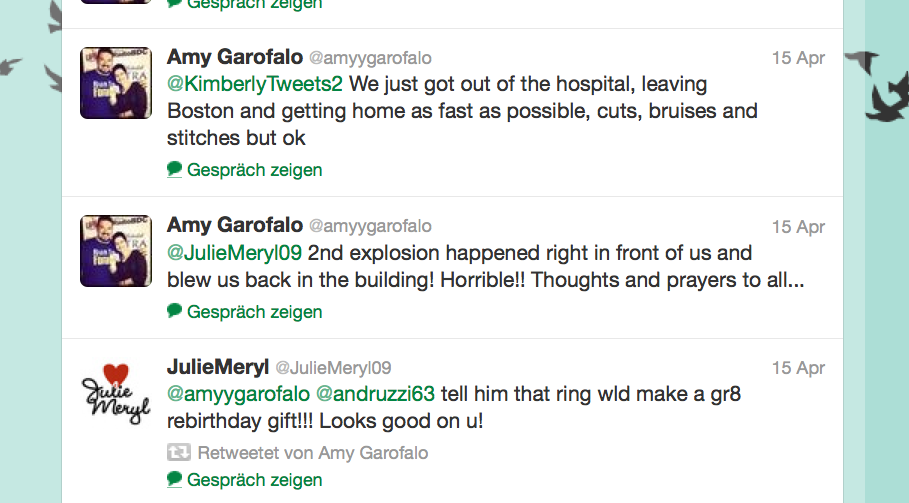 And in another one from April 16, she says that the bomb exploded 10 feet away from her.

So where exactly was Amy Garofalo in the moment of the second explosion? She hurried outside after the first blast, then the second blast blew her back inside. So she was either (A) in front of the main entrance - or (B) just outside the opened glass doors of the sit down area of the patio. 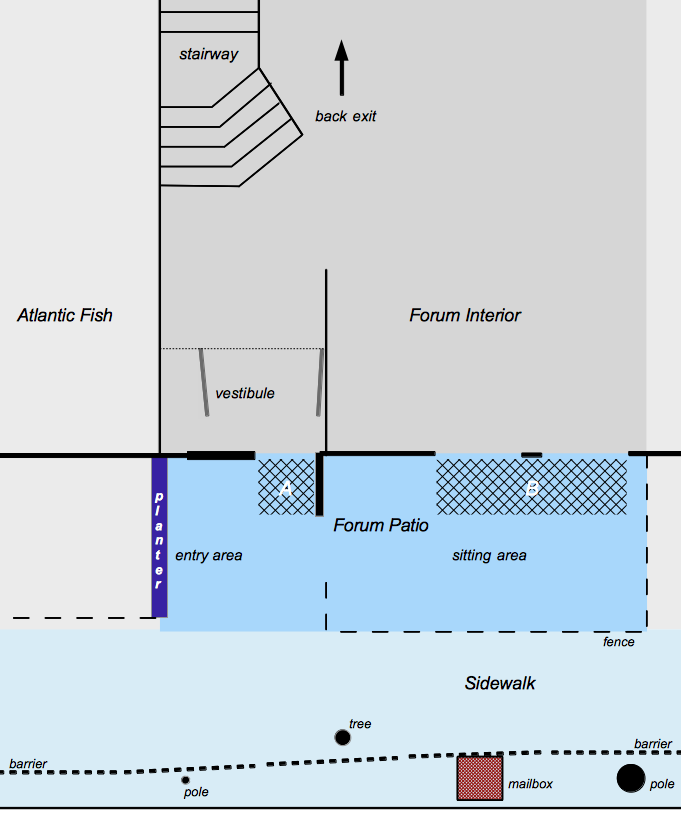 She stresses that the bomb exploded "right in front of us" and "10 feet away". For area B this would implicate an epicenter inmidst the tables and chairs on the right side of the patio. This is not only incompatible with all other available witness statements. Additionally, the tables and chairs were not blown away, and there were no injured people in the sitting area.

This leaves area A as the only remaining possibility. Amy Garofalo was most probably directly outside the open doorway of the main entrance. This is consistent with our previous findings: the pressure wave hit her distinctly weaker than Heather Abbott (she had only minor injuries from glass splinters), certainly because she was not so extremely close to the bomb and also protected by the people in between. She must have been somewhere between Abbott and the doorway when the explosion occurred. This is in accordance with the location of the epicenter as I've depicted it here, based on Heather Abbott's account: 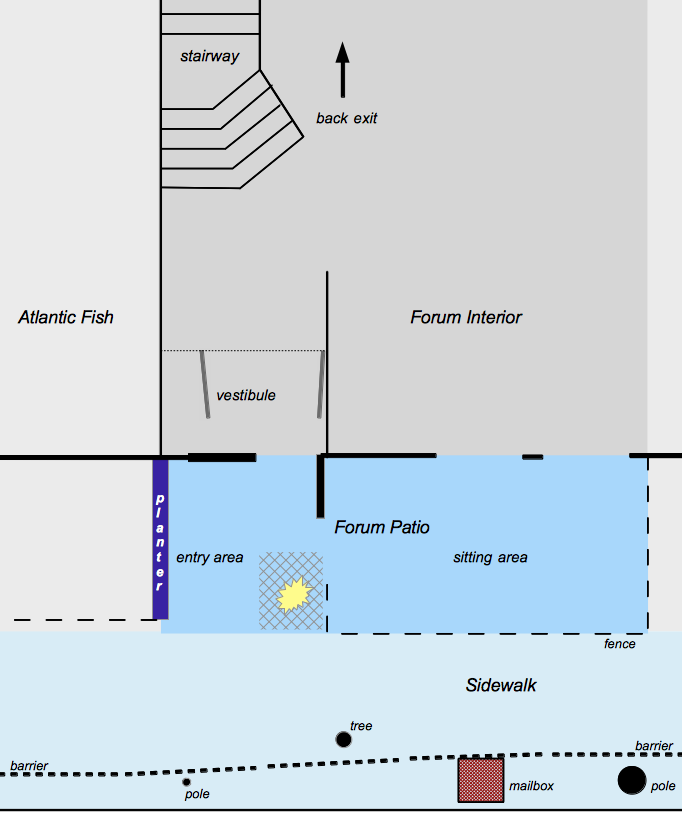 According to the criminal complaint and the indictment, Dzhokhar Tsarnaev dropped his bag at the metal barriers. It is impossible that it was the explosive device that blew Amy Garofalo through the doorway into the restaurant. Too far away, too many people in between, and a wrong angle. This makes her a most important witness for the defense, just like Heather Abbott.