This is the first of a series of documented and commented witness testimonies in the Tsarnaev case. Danling Zhou was questioned by prosecutor Aloke Chakravarty on March 9, 2015. The transcript is documented in the appendix. For convenience, I omitted the personal part of Zhou's testimony and started with the day of the bombing.

On March 4, 2015, the actual Tsarnaev trial started with the opening statement of prosecutor William D. Weinreb. He introduced only four witness by name, apparently because he deemed them important: Stephen Silva, Dun Meng, Nate Harman - and Danling Zhou, the friend of Lingzi Lu who was also a victim of the Forum bomb.

I have argued here that Weinreb grotesquely misinterpreted one of Danling's early statements. Danling clearly paraphrases that she had to vomit after the bomb blast, but Lyndsey Mastis, the interviewer, mistakes her words and thinks that she had a gaping wound in her belly with her viscera coming out. Weinreb overtook this graphic mistake into the opening statement.

I published the article on March 8, not knowing that Danling Zhou would be called to the witness stand the next day. The transcript has recently been published, so now is the occasion to check what really happened to her. Prima facie she seems to confirm Weinreb's version, but a closer look - which I will do now - reveals that her answers are preformed by prosecutor Chakravarty, i. e. he is putting words into her mouth.

Danling describes the first moment after the blast:

She doesn't realize the gaping wound in her belly. Amazing. Then her attention shifts to Lingzi:

But a little bit later, when she tries to stand up, she notices an "abdominal injury": 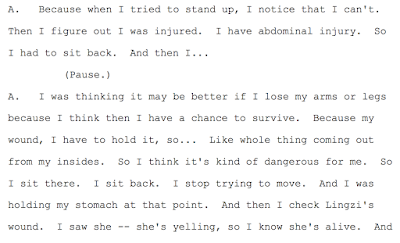 "Because my wound, I have to hold it, so... Like whole thing coming out from my insides" - what kind of wound? What is the "whole thing"? It is not entirely clear what she wants to say here. This obviously doesn't escape the interrogator, who, after a pause, keeps inquiring. 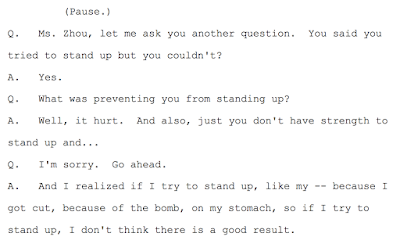 The interrogator has also not forgotten the "insides" and inquires: 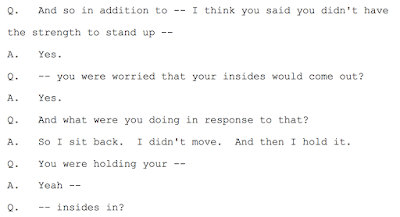 In this passage, is it essentially Chakravarty who testifies. His questions already formulate the answers, and Danling conveniently affirms. Her last answer however raises serious doubts that interviewer and interviewee have the same thing in mind:

She is being asked if she was "holding her insides in", and she answers that she pushed her stomach, with all her strength. So she pushes her viscera back into her belly with all her strength to diminish her pain - is this supposed to be the way we should understand her? Or isn't it much more reasonable that she was queasy, had to vomit and pushed her (not wounded) stomach to fight her tummyache?

A little bit later, she indeed indicates that she had the feeling to throw up. 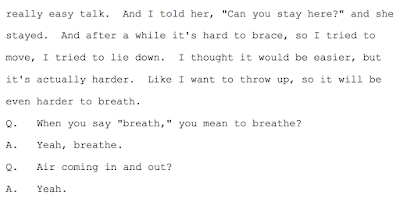 The author stands to his claim that the prosecution is misinterpreting Danling Zhou's testimony in this point. 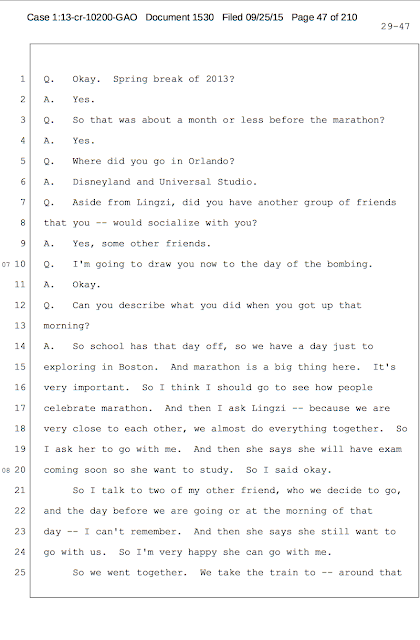 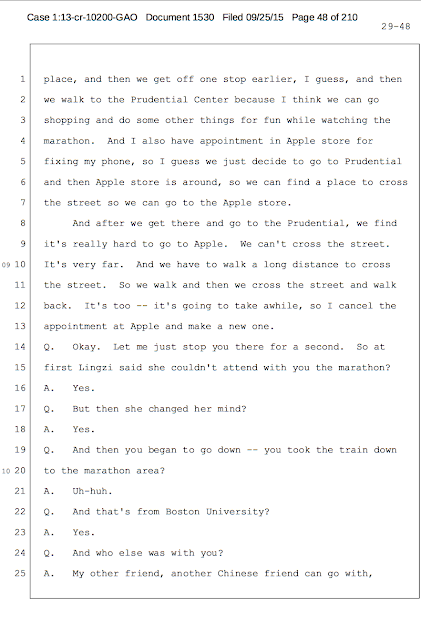 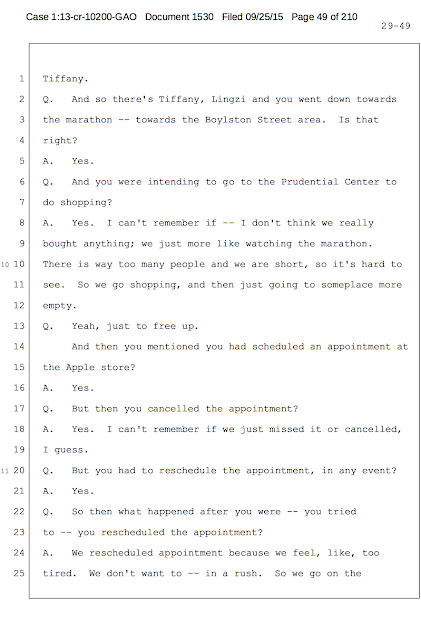 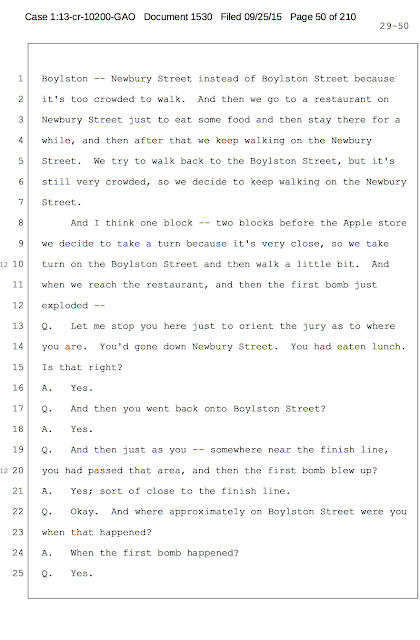 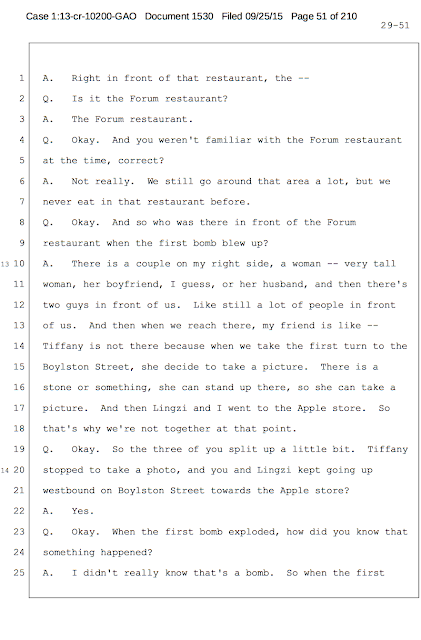 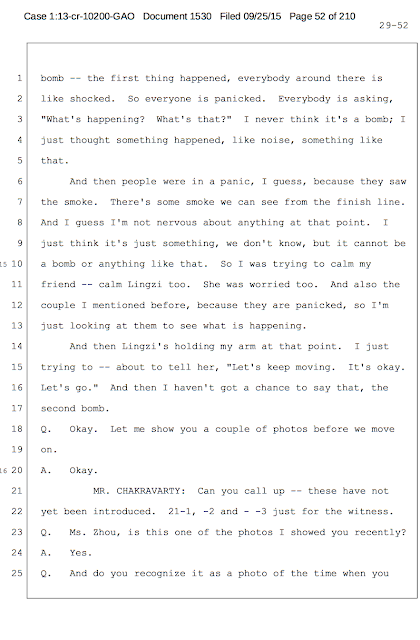 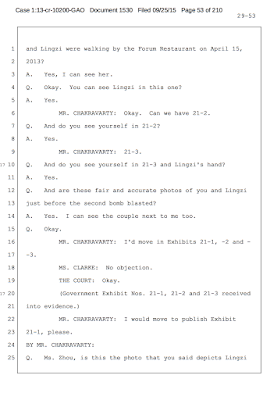 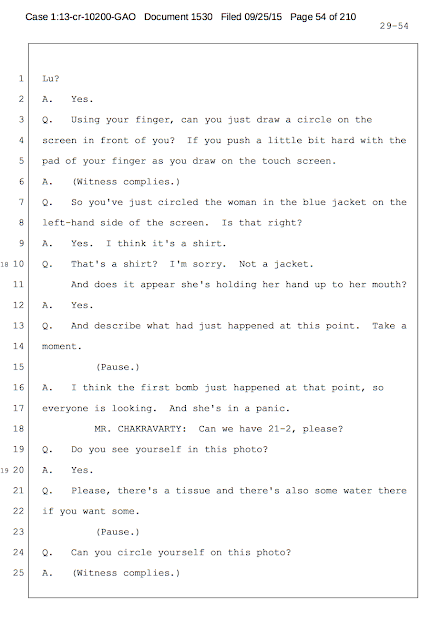 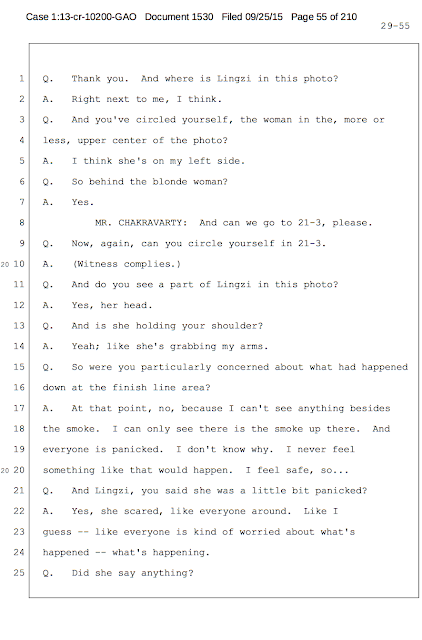 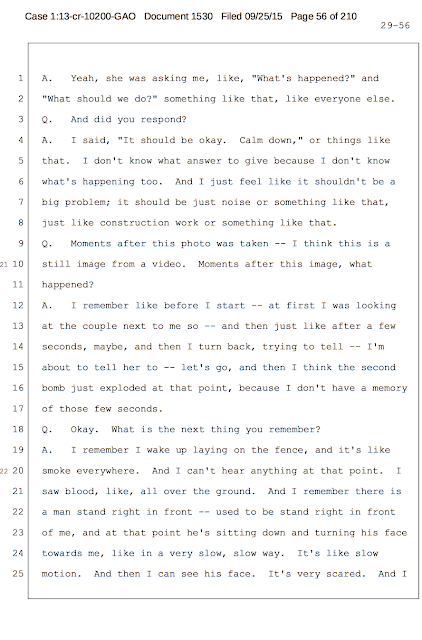 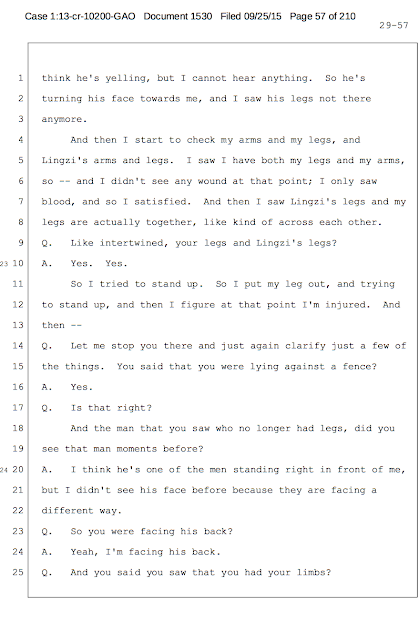 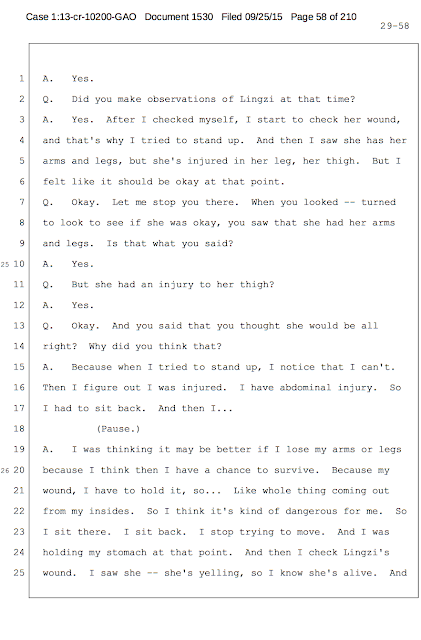 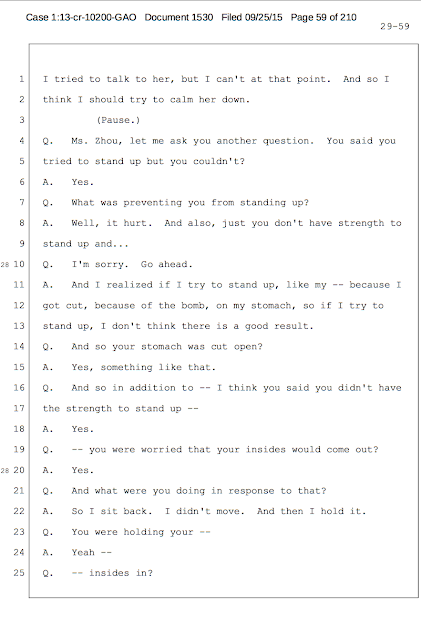 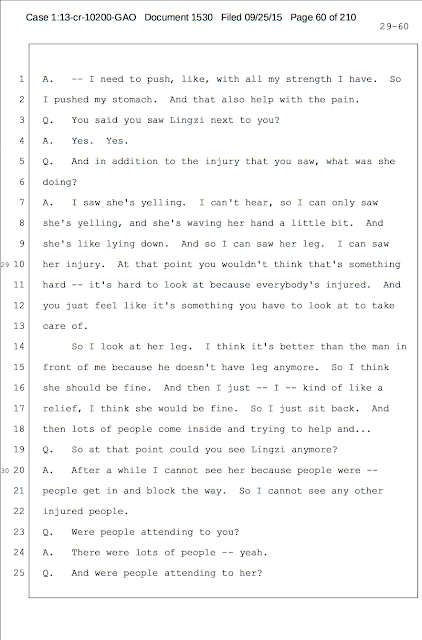 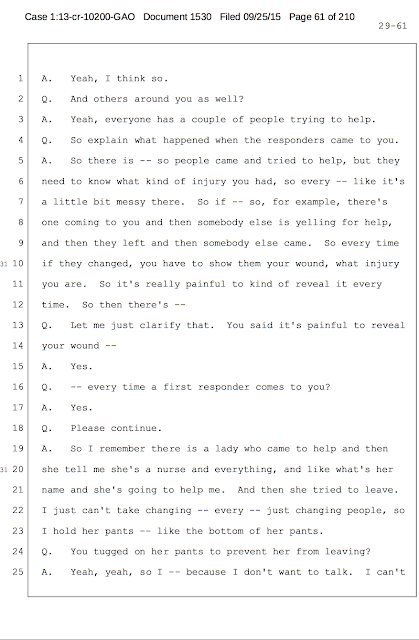 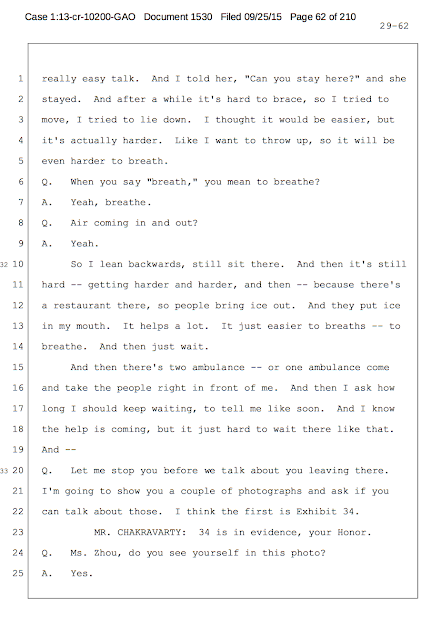 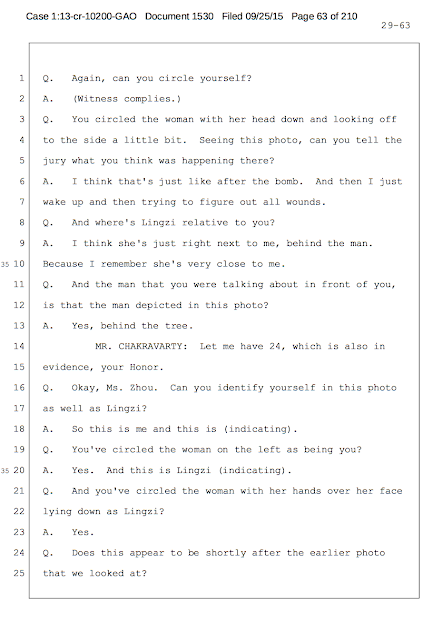 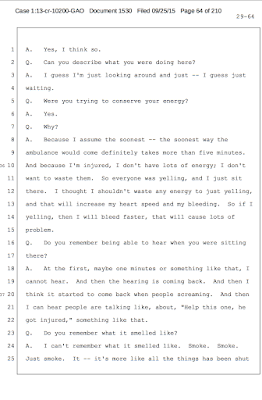 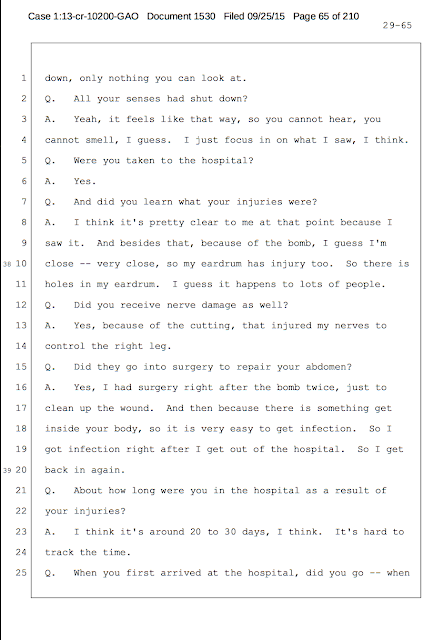 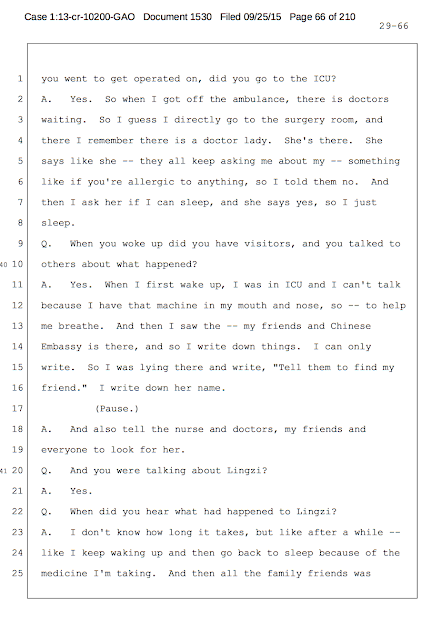 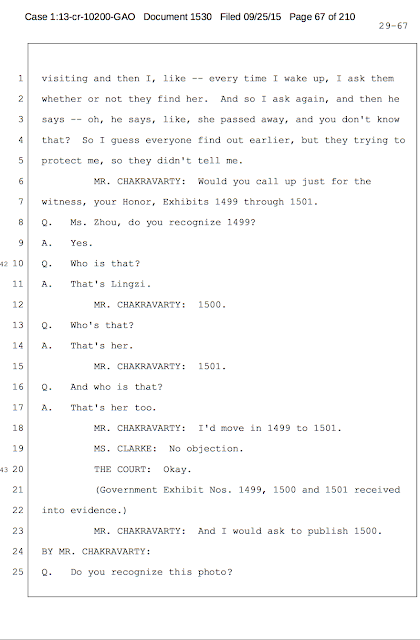 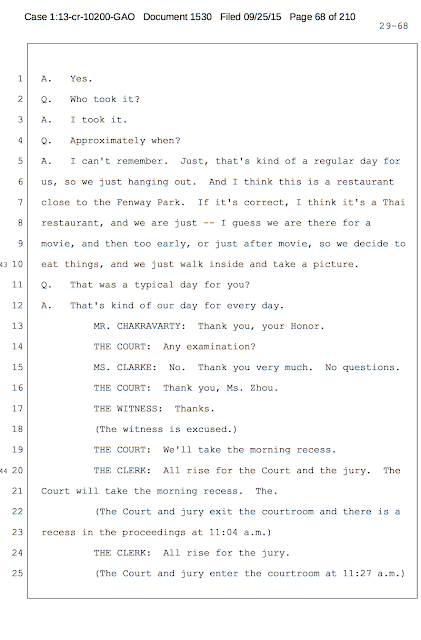