The government has now finally released the notorious Forum video which is supposed to show Dzhokhar dropping and leaving his bag on the sidewalk in front of the Forum restaurant. The video has been played to the jury and is available online (the actual Forum video clip starts at 3:35 and ends with the explosion):

So what does the video show?

1 - Dzhokhar Tsarnaev is not standing "near the metal barriers". He's standing directly behind the tree, and it is beyond comprehension how anyone watching the video, let alone a trained FBI specialist, would take the metal barriers, which are not visible in the video, as a reference point - instead of the tree - to pinpoint Dzhokhar's location.

The diagram illustrates the situation: 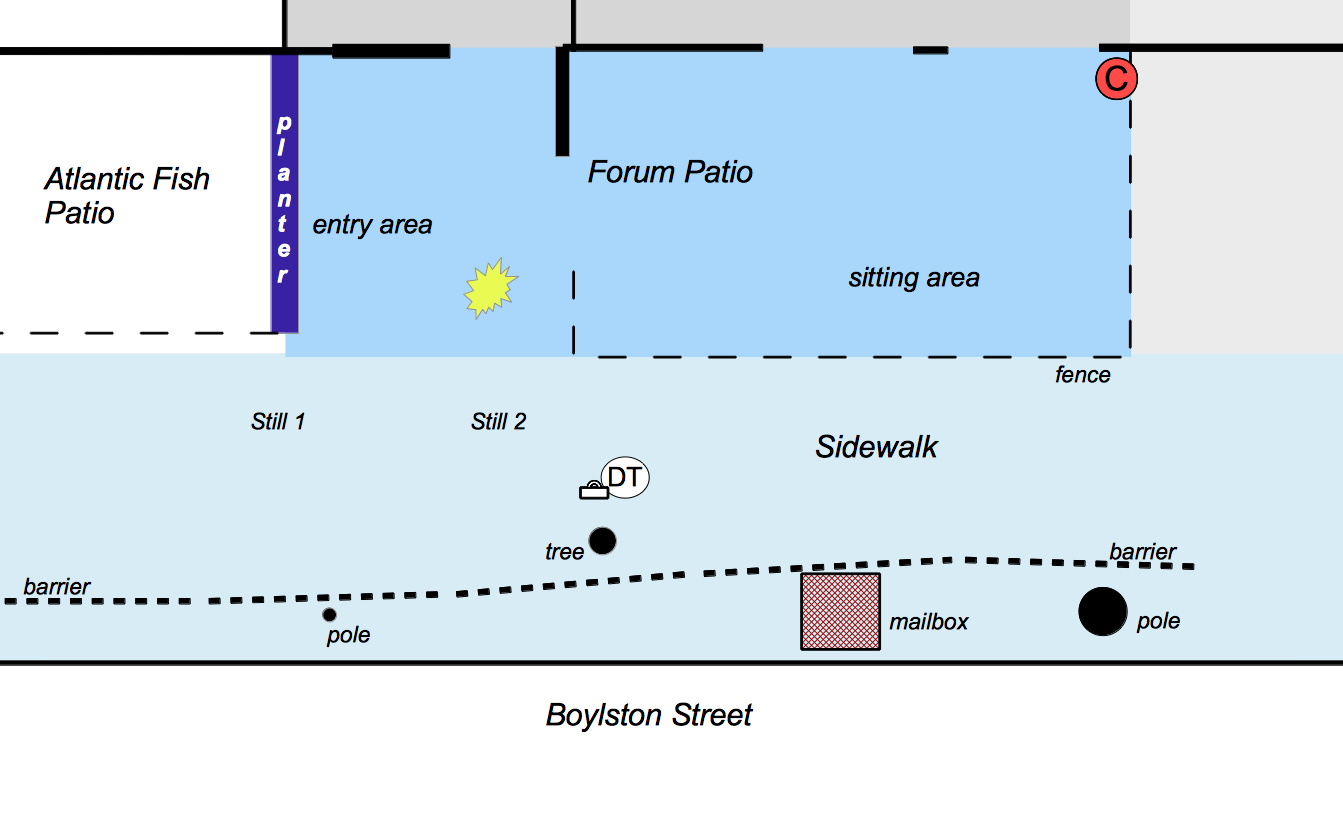 2 - Dzhokhar Tsarnaev can not be seen slipping his knapsack onto the ground. At 3:45 in the video (corresponding to 14:45:47) he seems to make something with his left hand. But to slip the knapsack to the ground, he didn't need his left hand, all the more because he had still his cellphone in it. Additionally, he's still walking and has not reached his final position at this point - this is 2 seconds later. But according to Genck, he slips the bag to the ground after he can be seen standing among numerous spectators. Afterwards, no "apparent slipping" can be observed either. Genck's narrative fundamentally differs from the video.

3 - A photograph taken from the opposite side of the street would not show his feets and the knapsack beside them on the ground. The view would have been blocked by the people in front of him, the barriers and the tree. The photos inserted in the video clip (which are of dubious origin and authenticity, by the way) show that it's impossible to catch a view on the knapsack - given that it is placed behind the tree: 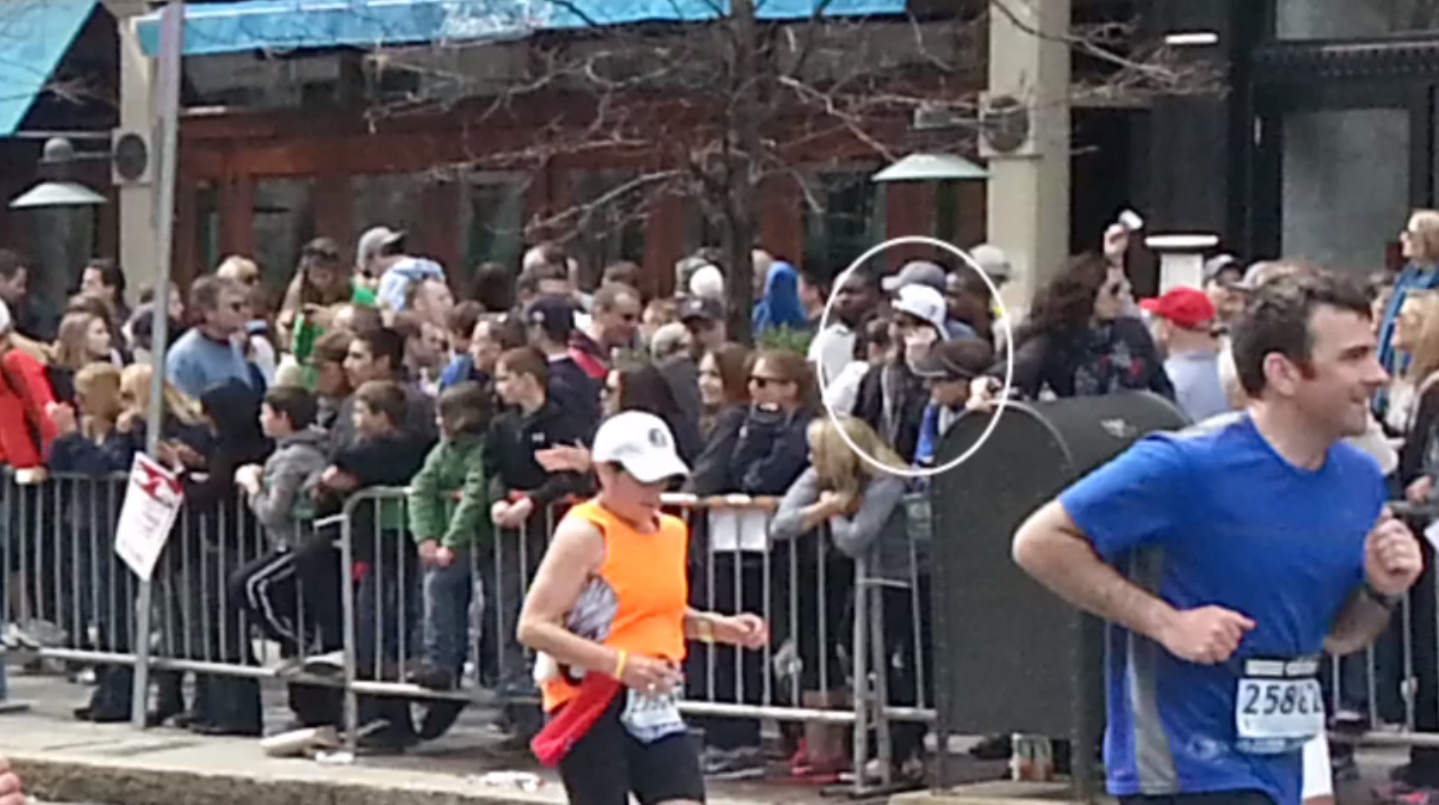 It is incomprehensible how Daniel Genck arrived at his description. He must have seen a different video. The defense ought to consider to summon him as a witness.